Alts give us an interesting chance to explore parts of ourselves we normally don’t see. My first alt came about because I was bored. I had no plans for her (so she hasn’t done much) but everyone was shocked when she turned out to be Cyber Goth. And there was nothing I could do to persuade her otherwise. 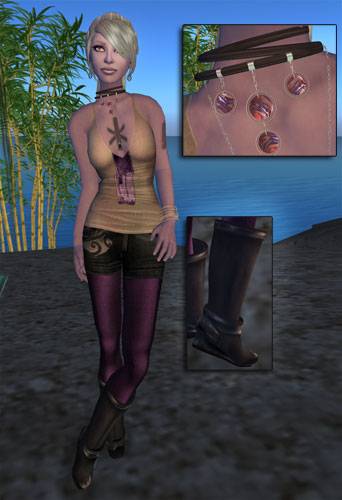 This is my second alt. She’s quite a bit more idiosyncratic and trendy than Amelia. 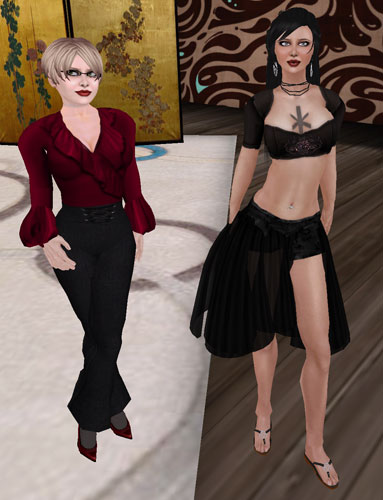 They look almost nothing alike, which is one reason why I like her, she can wear stuff Amelia can’t. Yes, I could change Amelia’s shape but I like her the way she is, an individual. I spend much less money on my alts than I do Amelia. One of the more interesting things to come out of this though is that when I do buy stuff for them, it tends to be at stores Amelia doesn’t get much stuff from. This one in particular is a Truth girl. She wears the boots in the first photo a lot and the top and shorts are from Truth too. She has a set of skins sent to the news group a while ago that she wears often. I can’t wait for the release.

You are currently reading Alt fever at SL Fashion Notes.